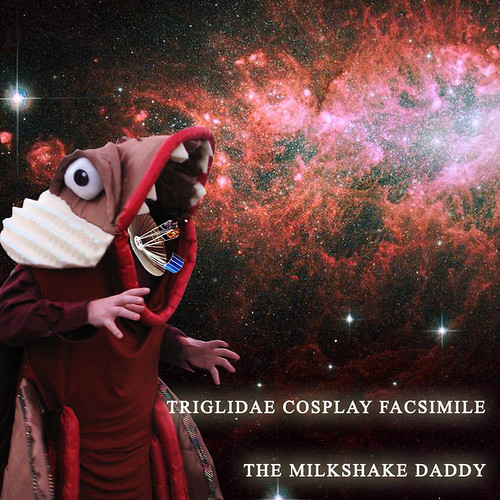 Triglide Cosplay Facsimile is a concept album about a satellite that develops artificial intelligence and decides that it wants to explore earth's oceans instead of space. On earth it meets Mr. Sprinkles, the Cat, who directs him to Sakanayokai the fish demon whom it does battle with to free the Sea Robins off the Jersey Shore. Yes really. Crazy right? Music has fallen behind visual art in terms of weirdness, and it's time to catch up.

I recorded the album during February 2009, during which time I was working 50 hours a week at my jobby job, drinking lots of black tea, eating about a loaf of bread a day (not kidding). I also lost 6 pounds. I used Guitar Band to record this (that's my excuse for any quality issues, like low volume or clipping), with a little help from Audacity, a Shure 58 microphone and lots of cables.

Someday We'll Look Back and SCREAM