Dinosaur Barbeque must be really good. But I’ve had barbecue in North Carolina, and most southern states. And I’ve never had fried chicken served on a waffle before. So when I was in Syracuse, I opted to dine at Funk n’ Waffles. 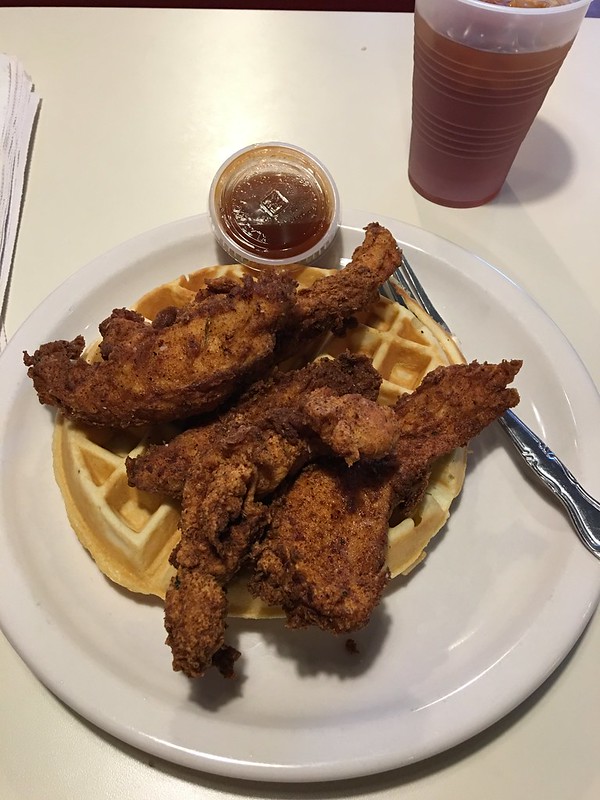 Funk n’ Waffles is a groovy little restaurant that serves fried chicken tenders on waffles, with an optional selection of sauces. I think I got the ‘spicey maple’. Soul-warming and unexpectedly decadent. Crisp and tender. Savory and sweet. Recommended. Their logo is a waffle on a record turntable — doesn’t get much cooler than that.

I spent some time wandering around Downtown Syracuse. I walked past Dinosaur Barbeque — it was packed, inside and out. Decorated with cartoon dinosaurs. I didn’t get a second dinner, but I thought about it. 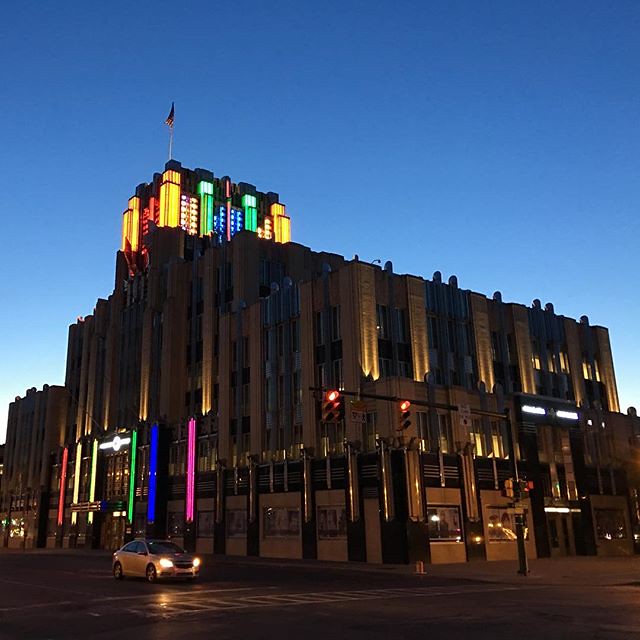 A road cone with koi painted on it: 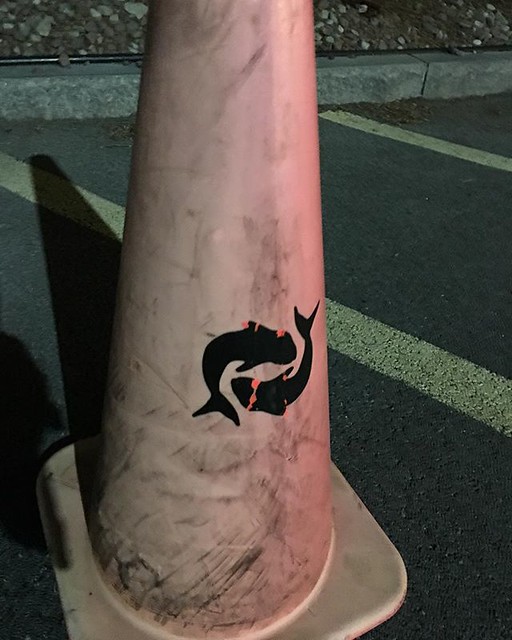 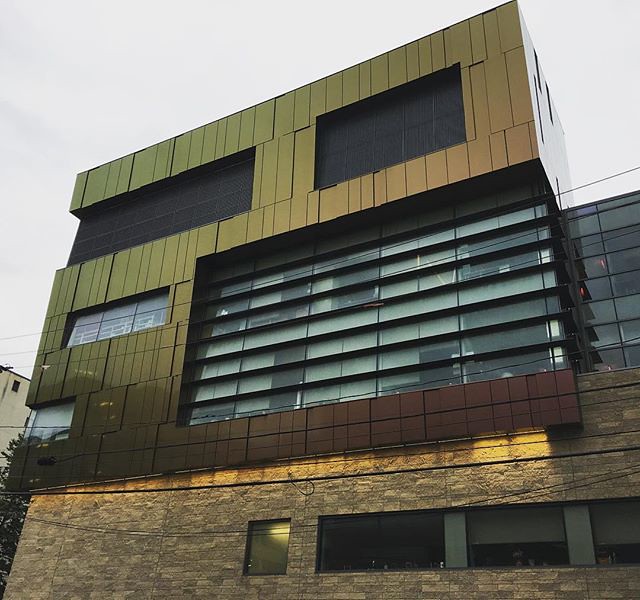 The reason why I was in Syracuse, might be more interesting than this story: 17-year Cicadas.