1) The Lake. Most tourists probably go to Burlington for Lake Champlain, which provides all manner of water-based outdoor possibilities. It is beautiful. It has its own Loch Ness monster-like creature named Champ.

2) Downtown Sculptures. Downtown Burlington is loaded with many sculptures. Some are simply nice, like a bear or a deer. Some are exuberant and whimsical. 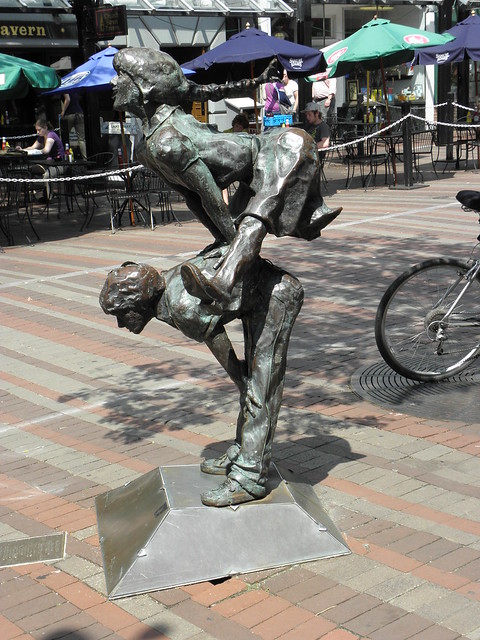 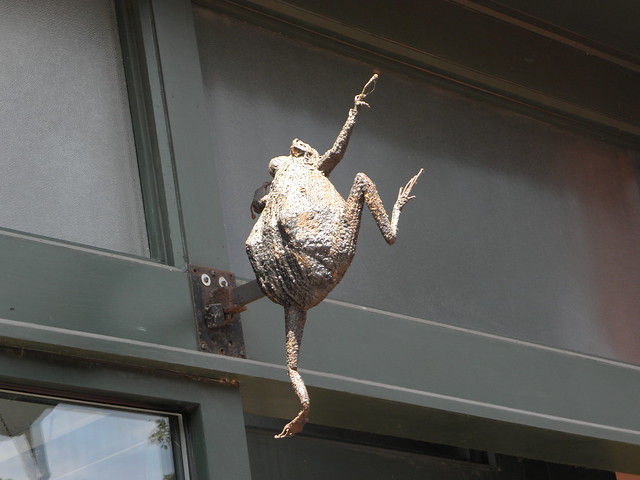 3) Gnome Mushroom: Some ne’er–do–well or perhaps force majeure must have tipped this sculpture over at some point. This marble masterpiece was across the street from my hotel. Some of the locals referred to it as a choad rather than a mushroom. Use your own imagination. The mushroom gnome can be found in Battery Park Extension. 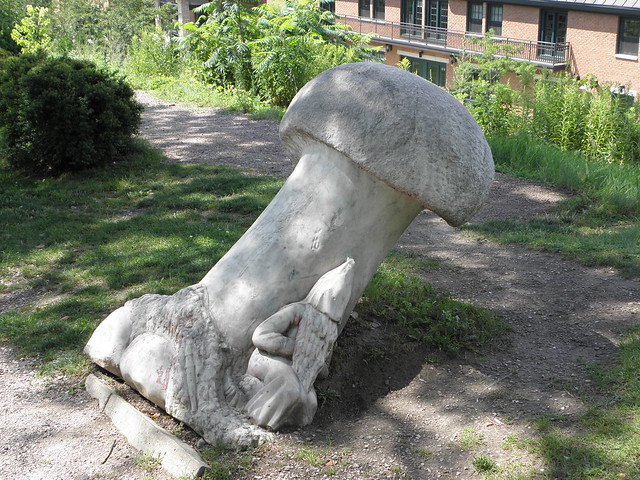 4) Wizard of Oz Flying Monkeys. Legend has it that these creatures once guarded a furniture store named the Emerald City. Now they perch atop a building down by the waterfront. 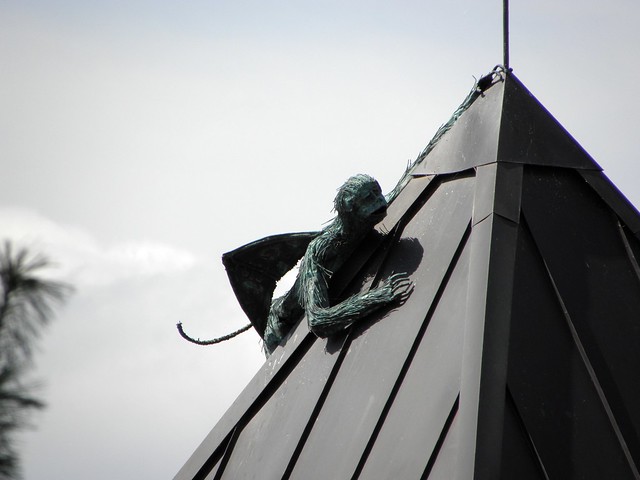 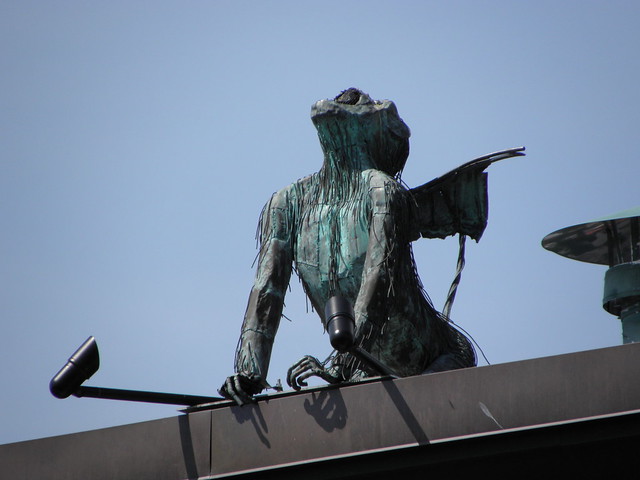 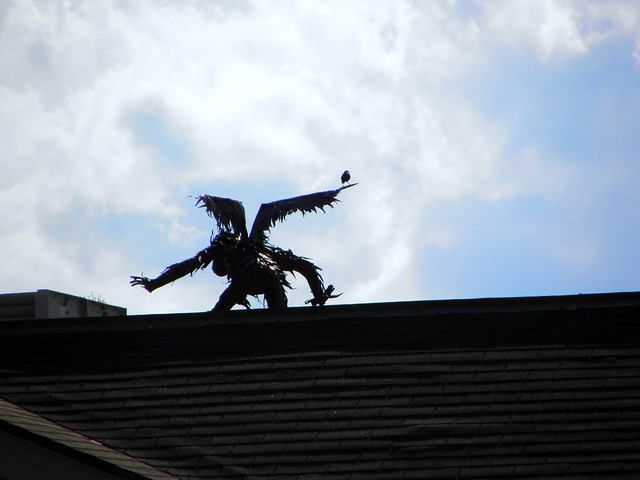 About the monkeys, which can be found at One Main Street.

5) The patriotic Egg Man. I don’t know the story of this mural, but it certainly deserves a good one. 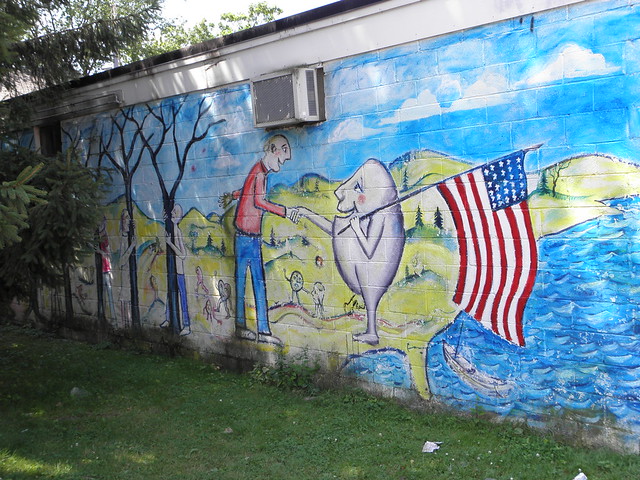 6) Dolomite. I’m a fan of the actor/comedian Rudy Ray Moore. His Dolemite films were truly something else. This rock is a piece of Dolomite, which is a mineral that is sold as a diet supplement associated with good health and strength, which is exactly why Rudy named his character after the mineral (true story, I wouldn’t lie). This rock can be found in Waterfront Park. 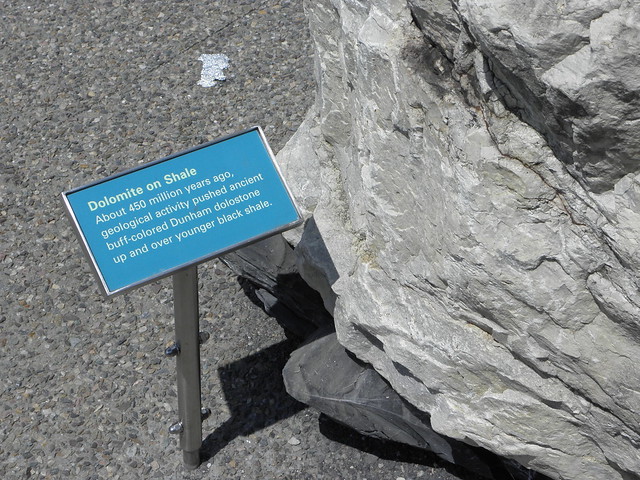