I grew up in a small town called Metuchen, New Jersey. Metuchen is best known as the hometown of magician David Copperfield. In terms of interesting things to see, it has a haunted house and a Revolutionary War graveyard. Otherwise, it’s a safe, borning commuter town in the middle of New Jersey. Surrounding Metuchen is an even more boring place called Edison, New Jersey. Edison is a patchwork of strip malls, warehouses, and tract house neighborhoods, stitched together by a commuter rail line and several major highways. Boring. Folks call Edison the “donut”, and Metuchen is the “donut hole” — in other words, I grew up in the literal void inside, perhaps, the most boring place in the world.

It might sound like I’m trashing Edison, but I’m not (well, maybe a little). Boredom can be inspirational — it can inspire people to live more interesting lives, move to more exciting places, travel, or make the world a better place. But you’ll have to take the first step — boring never changes to exciting or interesting on its own. Boring will fight you to stay boring. Newton’s first law of motion states that “an object at rest stays at rest” — the same is true of boring. Something that is boring will stay boring. Either you need to exert some influence on it to make it less boring (often futile), or move to a better place (GET OUT).

So, what if you’re stuck in Edison (there on business, your family moved there), and you’re looking for something interesting to check out. There are two places.

Go here to see a large tower with the world’s largest lightbulb at the top. Link to the website. The location features a small museum, a park, and a pond, where as legend has it, inventor Thomas A. Edison procured a fishing hook which he used as a filament for one of his blubs. The light tower and blub is impressively large, and from a historical perspective, the location is significant. Worth seeing if you’re in town. 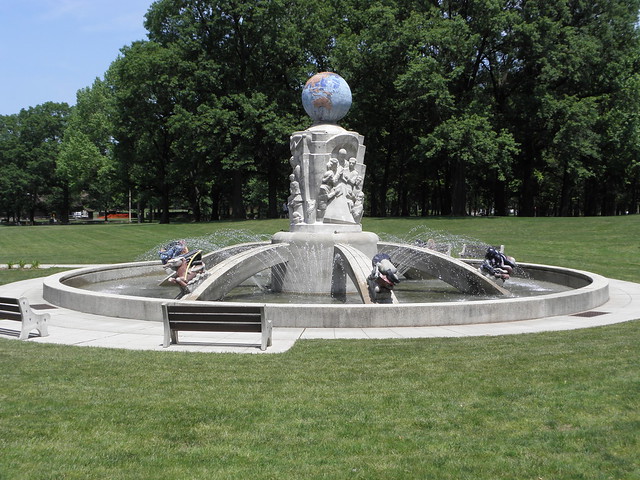 Light Dispelling Darkness is an amazing fountain located in Roosevelt Park. According to Roadside America it was a Depression-era WPA Art project, unvieled to the public in 1938. The fountain portrays evil — in the form of greed, disease and other bad stuff — fleeing from good — in the form of industry, science, and other wholesome activities.

If you’re into weird or horrific things, this fountain is for you. The sculptures portraying “darkness” are truly grotesque. Intertwined, wresting octopuses; a skeleton riding a screaming horse; a horse with measles; naked dudes; dudes with 5 heads. Not what you would expect in a boring town.

This is the GOOD: science, sports, zeppelins, etc: 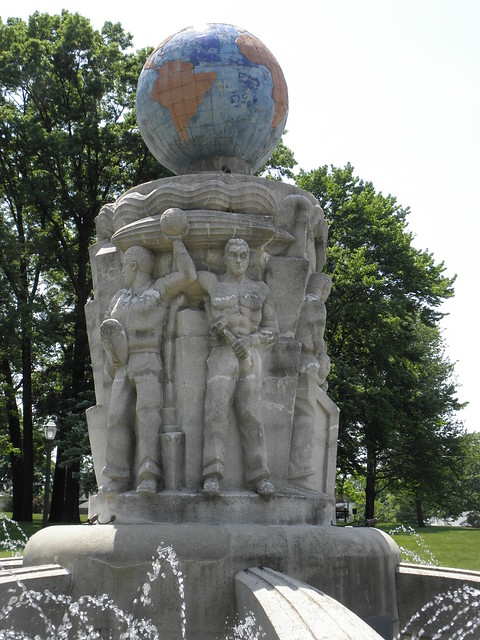 I think this is WAR: 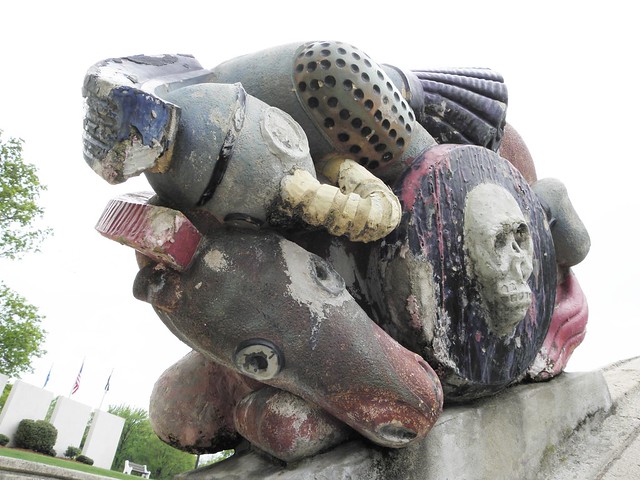 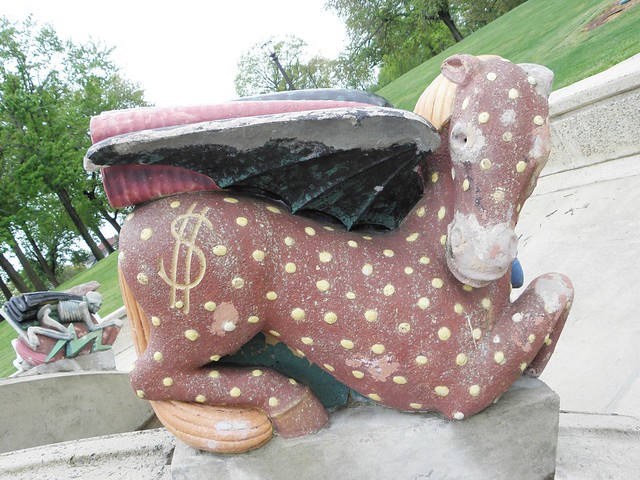 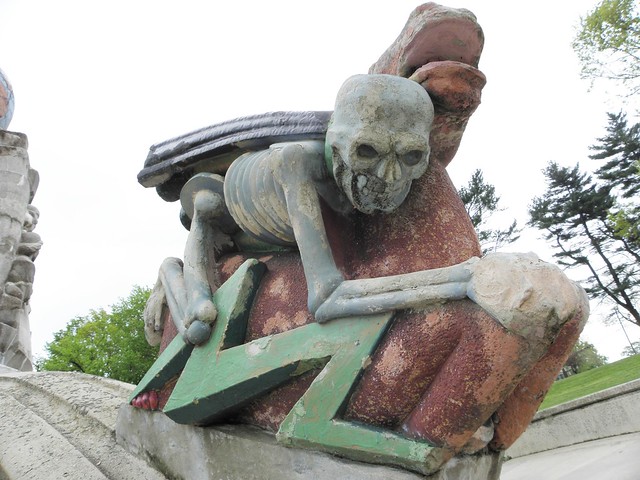 I need to take some better pictures.

When I grew up, the most exciting thing to do in Metuchen or Edison — if you had no money — was to go hiking (drinking) down by the train tracks or in the woods. The woods with the best name in Edison is the Dismal Swamp aka the Everglades of New Jersey (no gators). Dismal can mean “dreary, drab, dull, bleak, cheerless, depressing, uninviting, unwelcoming”. Almost “boring”. If you like nature and hiking, this is probably the best place in town.