The Land Between the Lakes is a large National Park nestled between two long, artificial lakes. The park features 170,000 acres of forest & wetlands, bison, a planetarium, and every 13 years, Brood XXIII cicadas. The park offers virtually any type of boating & outdoor activity imaginable.

I arrived at the park just in time to hear some chorusing cicadas (they get quiet around 5 pm). In the background, weekend warriors raced their fishing boats up the lake — their engines making “bwaaaa bwa bwa bwup bwup” sounds as they struggled to keep pace with their captains’ pride. 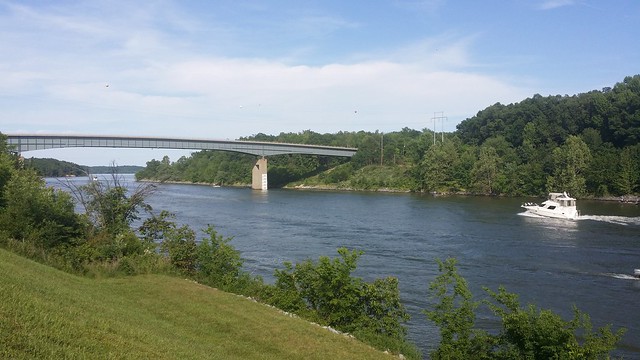 There were several hours of light left in the day, so I chose to enter the park before finding a hotel. I drove the speed limit, in an effort to drive slow enough to hear the cicadas I was listening for… much to the chagrin of everyone else driving on the park road. They flashed their lights and weaved in and out of lanes, all serpentine-like, in an attempt to cajole me to drive faster. But I was steadfast in my determination to travel the speed I desired. Eventually, these bullies of the road passed.

The road never seemed to end — mile after mile of forest-lined road. It was glorious.

I managed to raise the ire of the driver of a giant, matt-black, pig-truck — once again by driving the speed limit. The giant, matt-black, pig-truck was like something out of Mad Max: Fury Road: it was a monster pickup truck, jacked-up about 3 feet higher than normal, pained matt-black, two huge stacks belching black, sooty smoke, with a pig nose for the grill, and lights for the nostrils. Most folks would be terrified by the sight of such a vehicle, two feet away from their bumper, but I was thrilled by it. I’m weaving, trying to get a photo, but failed. It was awesome though. Eventually, it passed. It would have been an honor to have been run off the road by the pig truck. All that said, I do look like exactly like Immortan Joe from Mad Max: Fury Road, so the guy probably thought I was his leader. He just wanted to say “Hi”.

I made it as far south as the self-guided Elk & Bison prairie tour, paid the $5 entry fee, and was very pleased to see these mighty creatures up close. 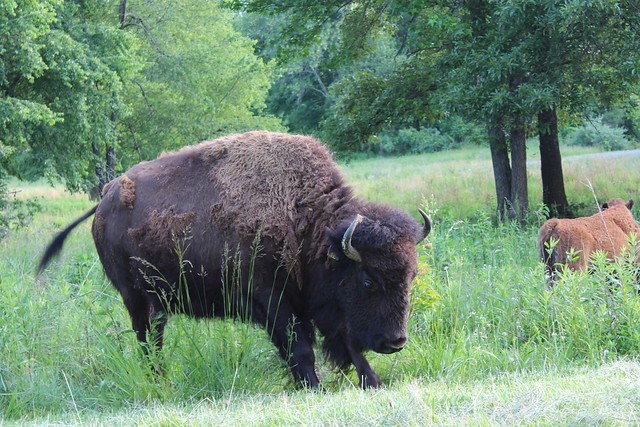 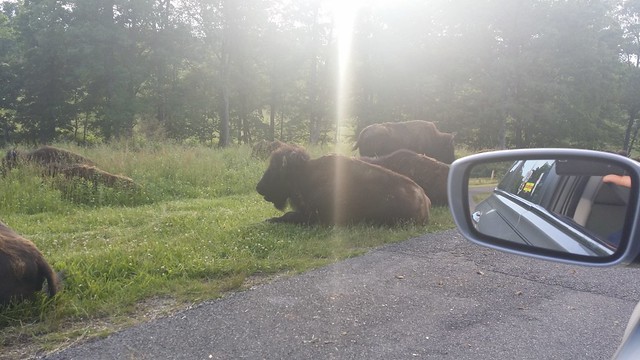 When I was a child I spend a lot of time around lakes, rivers, woodlands, and forests. I loved the smell of a country road after a rainstorm; the mirror finish of a lake; the lively communication of birds; the contrast of a red newt on soft green moss; and awe-inspiring views of lush, green valleys from the top of tall hills.

People find solace & peace in the pop culture & toys of their childhood — Star Wars, comic books, Frankenstein, Teenage Ninja Mutant Turtles, Donkey Kong, a Nirvana record, etc. For just a moment it allows them to go back in time, and escape from their troubles, worries, and responsibilities. Not that there is anything wrong with that.

I find solace in nature. A National or State park is my Comicon.